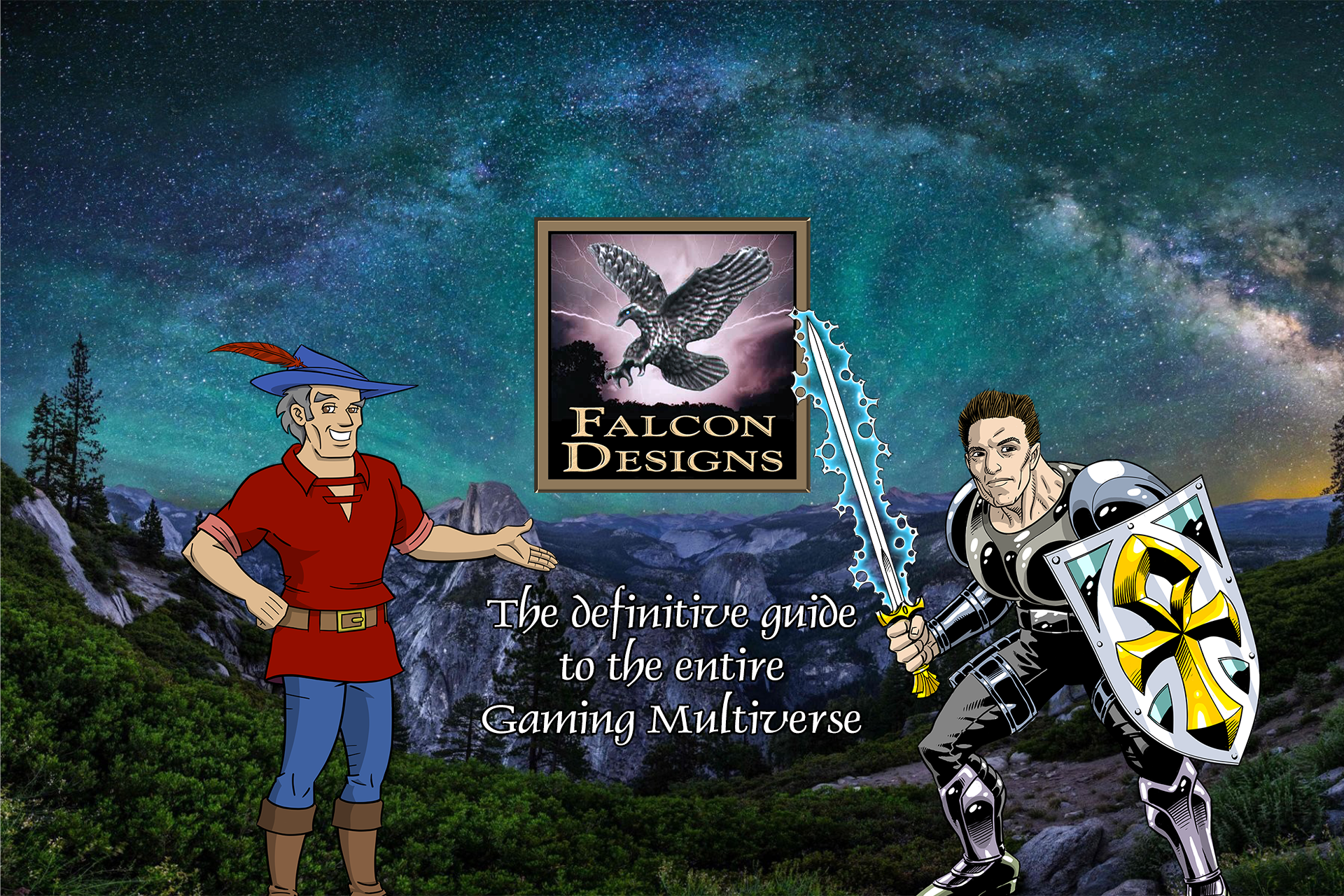 In the past 50 years, video games have evolved from a niche pastime to one of the largest, most influential entertainment industries in the world. Globally, the market will generate over $150 Billion this year – a massive leap from its humble beginnings of photocopied cover art and ziploc baggies. Despite gaming’s massive appeal (with over 2.7 billion gamers worldwide), there is shockingly little in the way of professionally written historical reference. Sadly, a lot of this important history has already been lost or forgotten. We endeavor to remedy that.

For more than 20 years, Falcon Designs has been dedicated to the research, documentation, and preservation of gaming history.

The purpose of this project is to provide a complete historical record of every game, book, collectible, and artifact that relate to Sierra’s saga. A single tome would be woefully insufficient to cover the entire legacy in appropriate detail. As such, it is our intention to publish a series of books dedicated to uncovering every last piece of Sierra’s long and storied history. This isn’t just about collecting, this is about preserving history. The current plan is for four books to be released over the next two years. The Sierra Collector’s Quest series will be the definitive guide to the entire Sierra Multiverse, the first set of books to fully chronicle almost 50 years of gaming history.

Following the wildly successful KICKSTARTER, Volume I & 0 (and the special Quest for Glory guide) are are now available! The associated collectibles and bonuses will be shipping in the near future. The books regrettably took longer to complete than originally anticipated, but that is the result of LOTS of additional content. The full project now covers 37,762 items from more than 60 countries. I hope you’ll agree that the extra time has been worth the wait.

All book editions are now available!

Not sure which version to choose? Check out the FAQ!

The first series of Collector’s Guides was based on the legendary Role Playing Game series by Richard Garriott, aka Lord British. The first two books cover Ultima Classic and Ultima Online in extensive detail. The supplementary Companion Guide covers everything related to Lord British, Origin Systems, the Ultima Dragons, and beyond. Many years after their initial release, they are still the most comprehensive reference available for the series (or any other series).